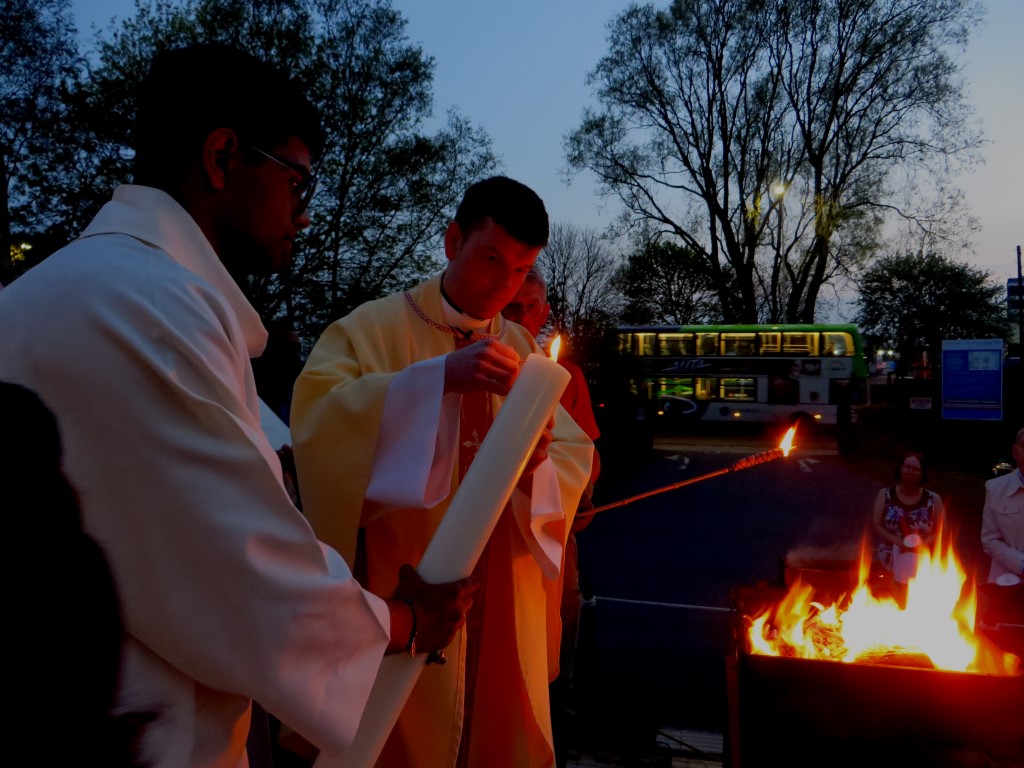 It's been a wonderful week at St Clare's, celebrating prayerfully the Lord's saving death and life-giving resurrection. 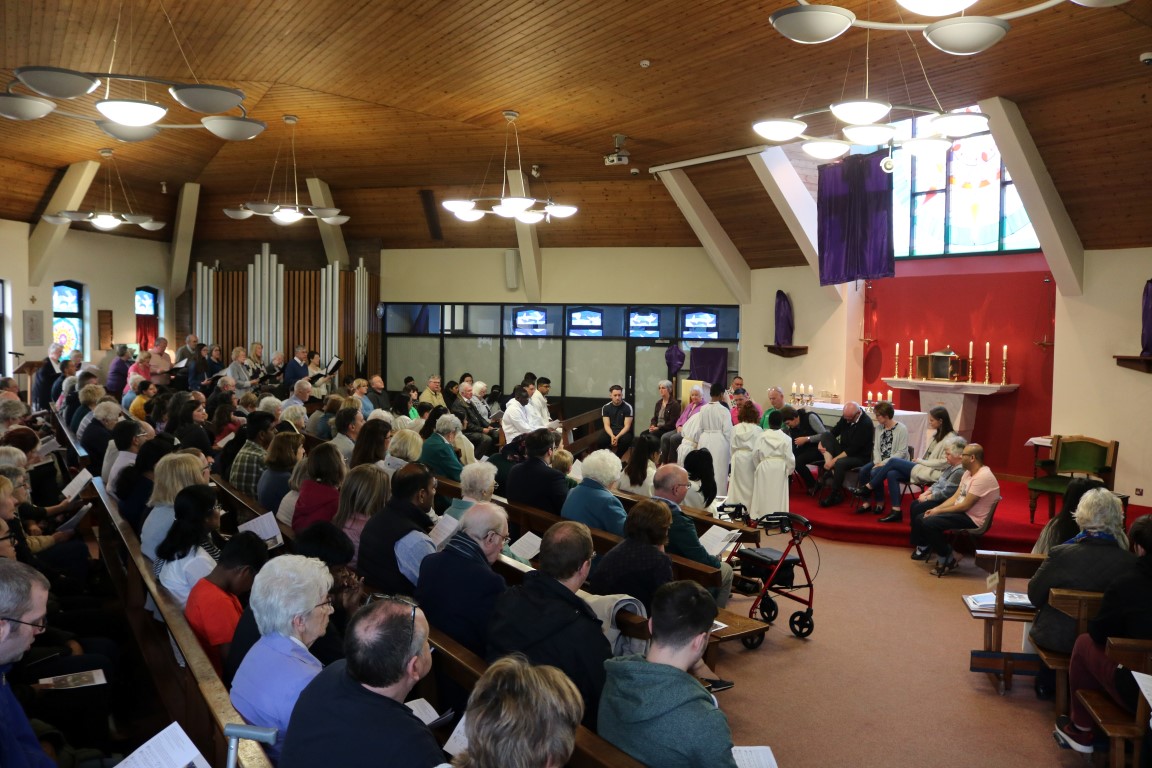 On Thursday, a large congregation attended the Mass of the Lord's Supper, at which we recalled the Lord's humble service, washing the feet of His disciples. We celebrated the great gift of the Eucharist, which the Lord gave us on this night. 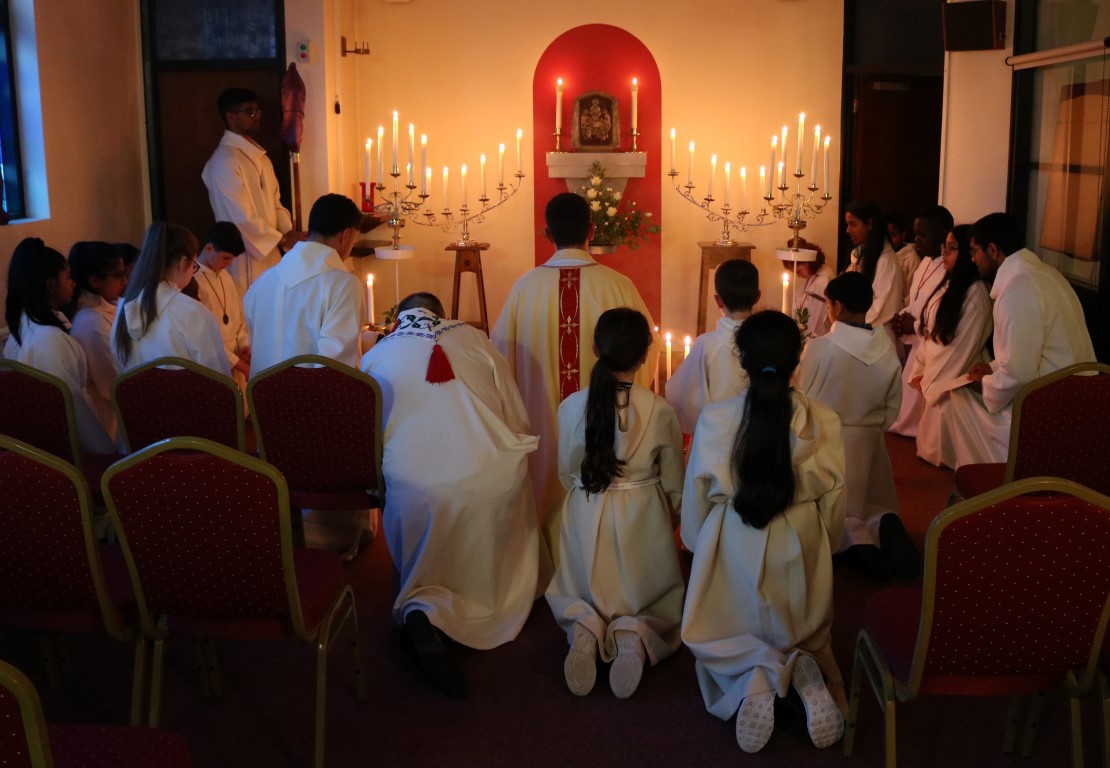 At the end of the Mass we processed to the beautiful Altar of Repose, representing the garden of Gethsemane where Our Lord prayed and was arrested. We watched in silent prayer until Midnight. 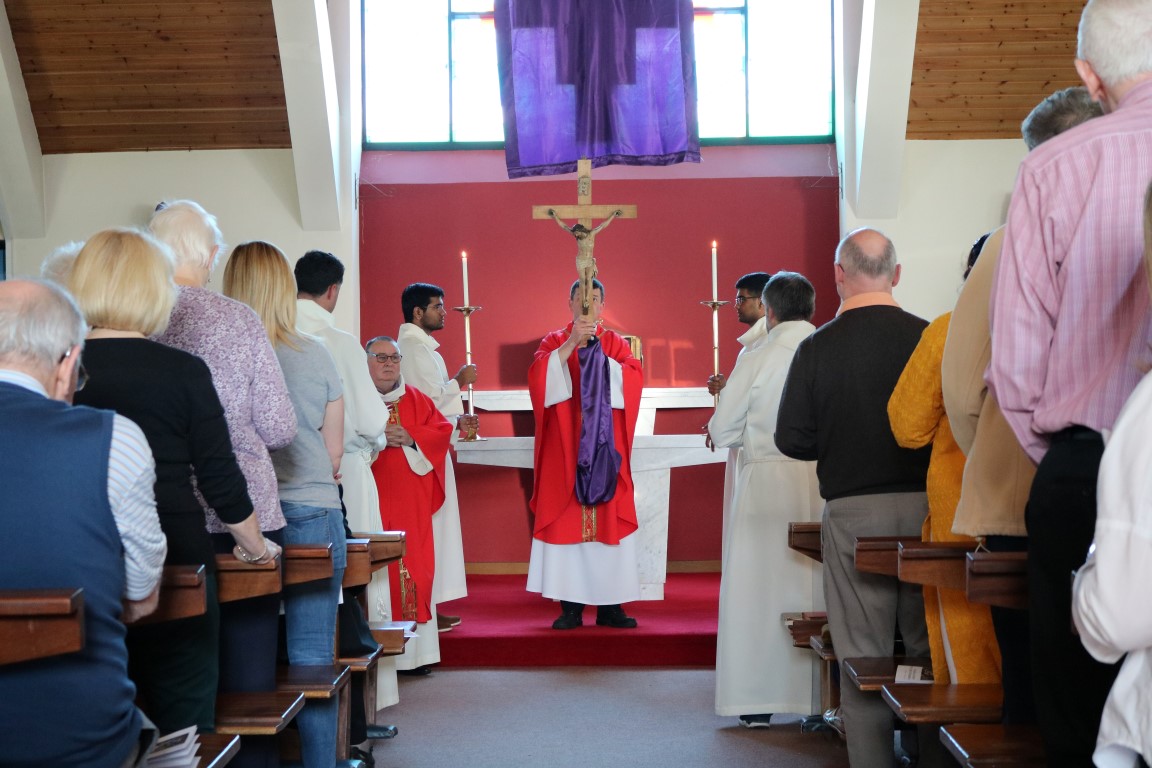 On Good Friday we recalled the Lord's death, by which He gives life to the world. We listened to St John's account of the Passion, and venerated the Lord's cross as an act of love for Him. 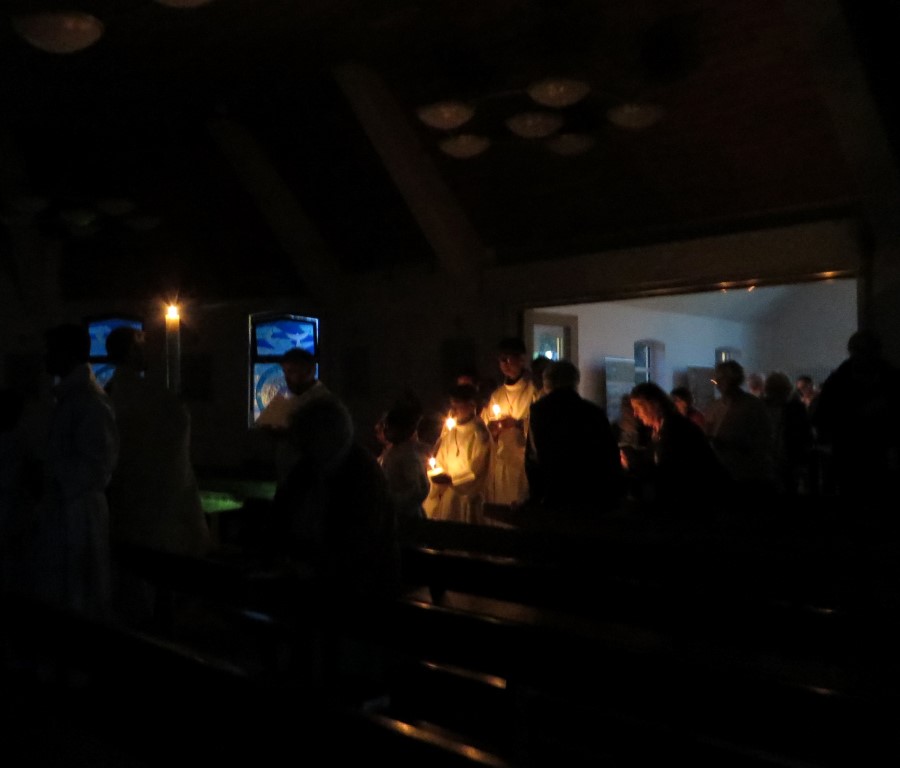 On Saturday the light of the new Paschal Candle - a symbol of the risen Lord - dispelled the darkness, just as the Lord, by His death and resurrection, dispels the darkness of sin and death. 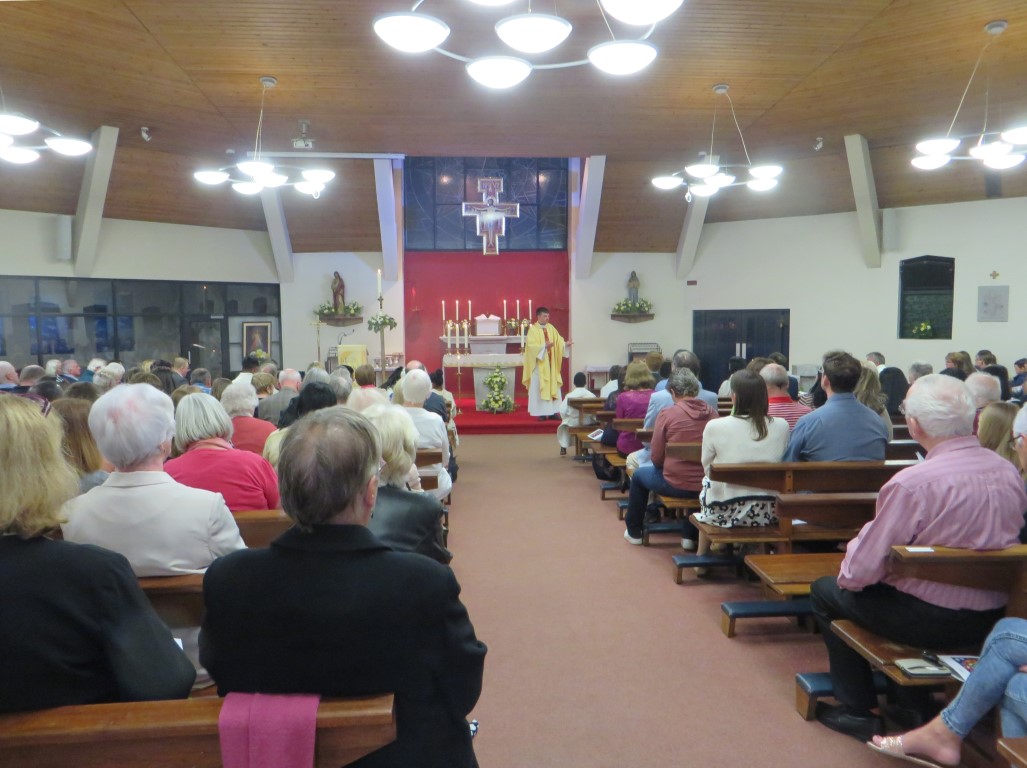 It was wonderful to see so many people participating in this most important liturgy of the year, and a special joy to welcome Mark and Linda, who were received into full communion with the Catholic Church during the Mass. 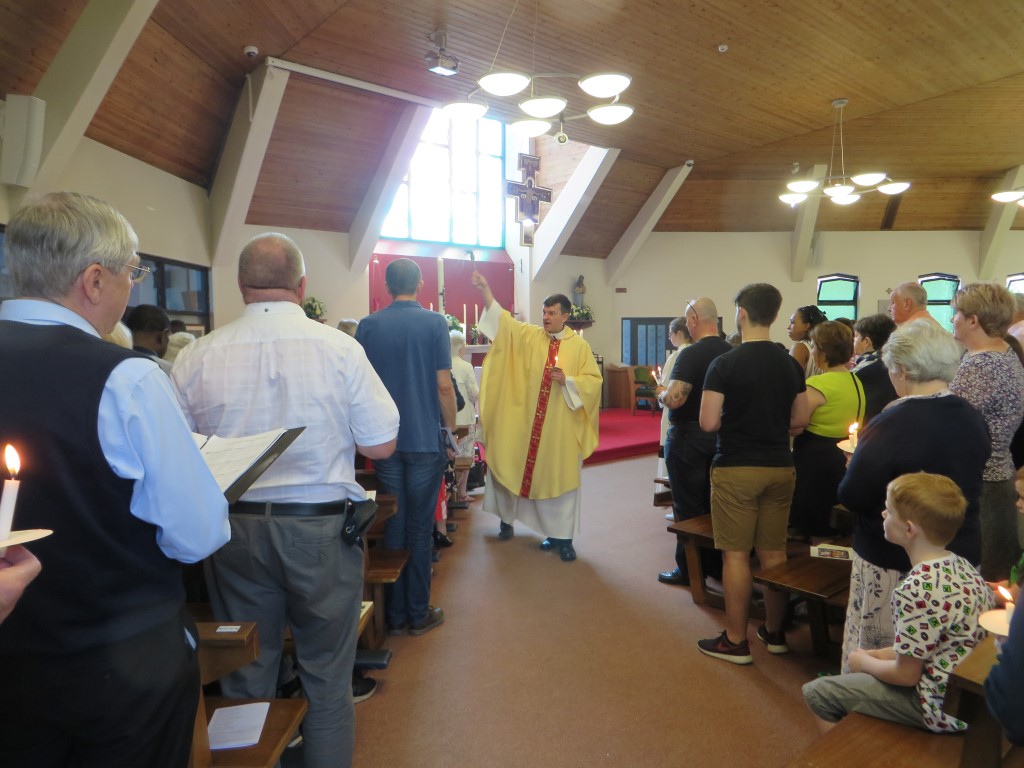 On Easter morning over 300 people came to celebrate the Mass of the resurrection, during which we renewed our baptismal promises. Easter is a new beginning - God begins a new creation, and we begin again to follow Him with all our hearts, leaving behind old ways and striving, with love and joy, to follow in the footsteps of our risen Lord. Special thanks go to the small army of people who have worked tirelessly to make our Holy Week celebrations so prayerful and beautiful (musicians, servers, sacristans, cleaners, readers... the list goes on and on) and to all who support the parish week in, week out. None of this would be possible without you. Join us during the Easter season for a Holy Hour each Sunday afternoon, 4-5pm. Silent prayer from 4pm, then sung Vespers and Benediction at 4:30pm. Surrexit Dominus vere! The Lord is risen indeed! Alleluia! A very Happy Easter to you all. 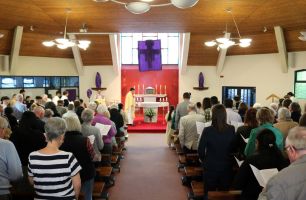 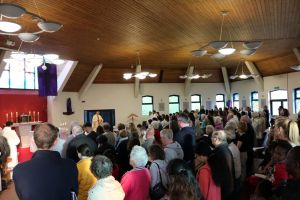 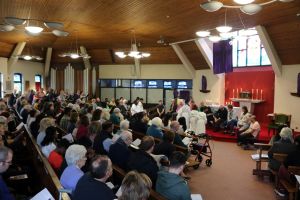 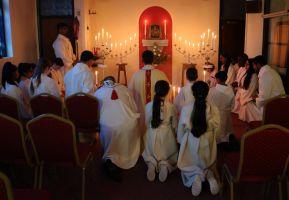 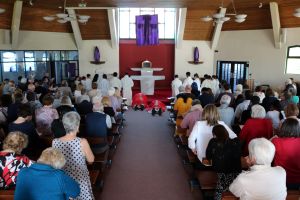 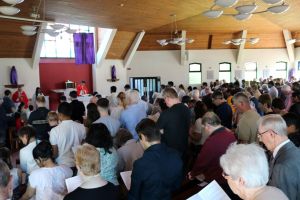 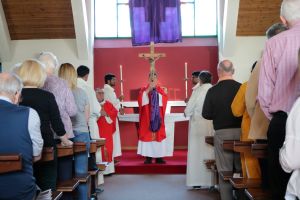 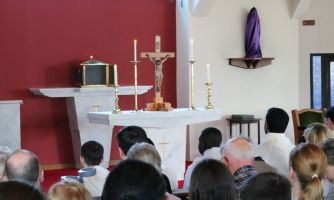 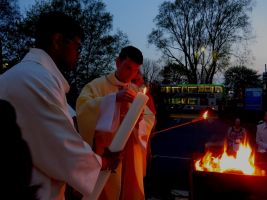 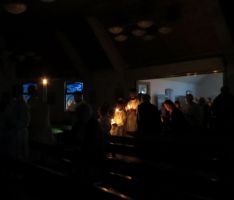 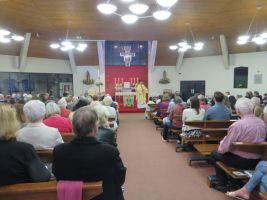 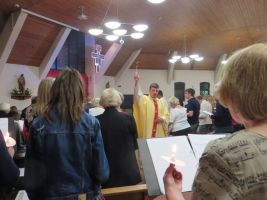 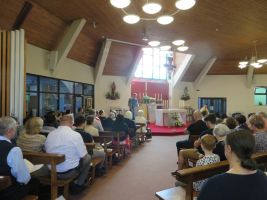 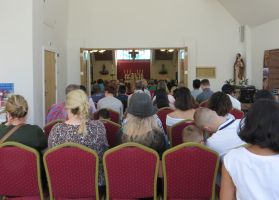 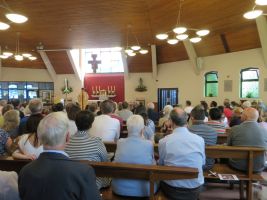 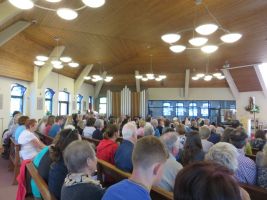 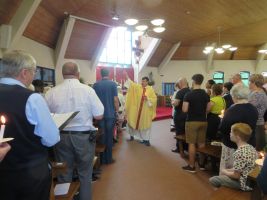